In the fall of 2004, Gallery 406 opened to the public as a shop on Miller Road, in Sumter, with
a wonderful mix of art, antiquities, and collectables. The company expanded in the summer
of 2005, when Rebecca Compton joined Gallery 406, and added the interior design products
and services to the mix. By the fall of 2009, with the extended downturn of the economy,
the store was closed, and the design firm was relocated to a home studio.

With those changes, the business was renamed Gallery 406 Interiors to better reflect the
products and personal service offered to each client. 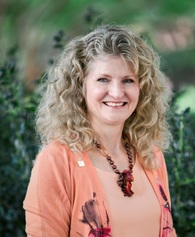 Rebecca B. Compton graduated from Winthrop College, (now University), with a Bachelor of Science in Interior Design in 1983. After graduation, she was hired as the first design assistant in the Campus Planning and Design Department at Winthrop. Her primary job was to assist with a major remodel and update of the President’s mansion on campus.

After leaving Winthrop, Rebecca spent four years employed by kitchen and bath design firms in Columbia and Sumter. Subsequently, she became a part of Morehouse-Compton Interiors for three years, before opening her own firm Rebecca B. Compton Interiors, in the fall of 1990. After twelve years, (and four children during that time), Rebecca closed her business to take a much-needed break. In the summer of 2005, Rebecca joined Gallery 406 and added the interior design and custom cabinetry component to the business. During her thirty-five plus years as an interior designer, Rebecca has worked on projects primarily throughout South Carolina.

How May We Help You?

Gallery 406 Interiors, LLC, offers interior design consultation in the areas of furniture, art and accessory placement, paint, wallpaper, furniture and fabric selection, and window treatment design. We also specialize in custom window treatments, custom and semi-custom cabinetry, remodeling, and kitchen and bath  design. We will provide evaluation of space and needs including drawings, and coordination of projects with sub-contractors.

We work with a talented team of licensed contractors, electricians, plumbers, painters, workrooms, and other installers to bring your project to life.

Let's discuss your project goals! To provide you with the room of your dreams, call for a preliminary meeting.

You will fall in love with our designs that are carefully created to reflect your taste and lifestyle.

Item added to your cart

Continue Shopping Go To The Cart